My journey from Bangladesh to Oxford

My journey from Bangladesh to Oxford

Anjali Sarker is a current 2019-20 Skoll Scholar on the Oxford MBA. She is passionate about empowering women’s rights through economic opportunity. She reflects on her impact journey so far and what led her to Oxford.

It was a hot summer afternoon in 2014. A group of middle-aged women were sitting under a tree, giving me and my colleague a very skeptical look as we were trying to explain how mobile payments could possibly make their lives easier. They did not seem to be convinced at all, for good reasons; at least for reasons that were valid to them.

“We, women, don’t understand those things… too complicated for us.”

“My husband handles all financial matters. Those are men’s responsibilities.”

“My marriage will be in trouble if I use mobile money. My in-laws will assume that I’m secretly sending money to my parents.” 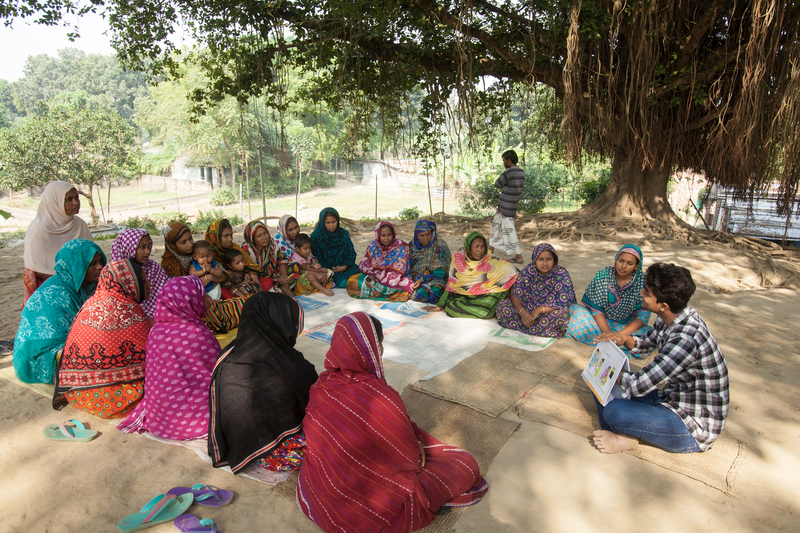 I wondered if it was at all possible to challenge the age-old traditions and gender norms that made women believe that managing money is men’s business, and they should ‘stay out of it’. As a deep believer in gender equality, and being a woman myself, I wanted to challenge the status quo.

At that point, the mobile money revolution in Bangladesh was just building momentum. However, as with all new opportunities, it was mostly men who were able to utilise mobile money. In particular, rural and poor women lagged behind. By 2017, the number of mobile money account holders in Bangladesh shot to over 24 million, the highest in the world. Shockingly, at the same time, the gender gap in financial inclusion increased 20 percentage points within only 3 years, leaving 38 million women unbanked. BRAC, one of the largest NGOs in the world where I worked at the time, had been active in the microfinance industry since the early 1970s, providing rural women access to small loans. We saw mobile money as an opportunity to expand the coverage of financial services to every corner of the country. However, the challenge was how to take it to the poorest women who need it the most.

The next few years became a roller coaster ride for my team, pulling off a massive nationwide project, funded by the Gates Foundation, to get digital financial services to the fingertips of one million women (literally). Leading the project taught me more than I could have ever imagined – taking me to the remotest corners of the country and exposing my eyes to the harshest forms of poverty. On one hand, it was incredibly inspiring to see how our clients’ eyes lit up when they made their first digital transactions and sent money to their loved ones. On the other hand, I felt numb when I heard many stories of husbands’ abusing their wives for being “too independent”. I realised that beyond providing necessary services and ‘doing good’, development interventions should also take responsibility for the consequences, both intended and unintended, that come later.

a more effective way of changing the status quo is to build a better system that makes the existing system obsolete.

The project left my mind full of complex questions, which motivated me to take a two-year study leave. Before coming to Oxford for my MBA, I did an MSc at the London School of Economics, where I studied Inequalities and explored how emerging technologies impact the existing inequalities. Many people raise their eyebrows when I said that I was going to do an MBA, after studying “inequalities”! Aren’t these the two extremes of the world today where the richest 1% are exploiting the whole planet and the activists are protesting on streets to bring them down? Well, I believe the realities are much more complex and nuanced than that. One can choose to fight the system and in extreme cases of injustice, that might as well be the only option. However, in most situations, a more effective way of changing the status quo is to build a better system that makes the existing system obsolete. This hope for change is what inspired me and brought me to Oxford.

While looking into business schools, Oxford’s Saïd Business School clearly stood out because of the Skoll Center for Social Entrepreneurship, the Skoll Scholarship, and the incredible privilege to be immersed within the wider Oxford University community. In fact, my motivation for an MBA was understanding the world of business and investing the knowledge, skills and connections gained in social good, specially to create systems that work for women. Unfortunately, women are still the biggest minority in the world. More often than not, their needs and realities do not get the attention they deserve. To make things worse, if they are poor, illiterate or live in rural areas, they become almost invisible to the systems and decision-makers. My hope is that spending this year in Oxford, and all the incredible opportunities that come with an MBA from Oxford Saïd, will enable me to better serve millions of invisible women in Bangladesh.

Find out more about Anjali