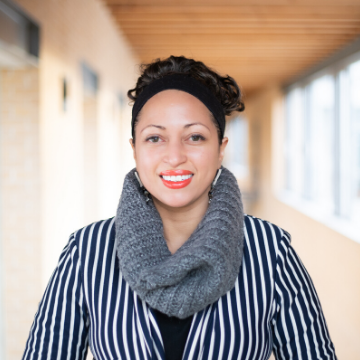 Tara helps build entrepreneurial ecosystems all over the world. From delivering fund-raising strategies to agricultural cooperatives in Angola to helping Arabian Gulf governments launch startup investment funds, she has dedicated most of her adult life to catalysing entrepreneurship, especially to growing enterprises in emerging markets and under-served communities in the U.S.

Tara started community development in 1998 in Baltimore City and took it international when she finished college. Until the MBA, she worked mostly with NGOs, bilaterals/multilaterals and government, including World Bank, USAID, TechnoServe and various Brazilian government agencies, on enterprise and private sector development. Tara started her own company which trained over 2000 entrepreneurs across Africa and Latin America, in collaboration with many of the partners mentioned.

Tara received a Skoll Scholarship which shifted her focus to impact investment and bring a more rigorous commercial approach to her work. Since then, she has refined her skills by doing both strategy consulting and impact investing in Africa and the Middle East.

In addition to being Skoll Centre’s Social Entrepreneur in Resident, Tara is based in London and currently leading initiatives to advance financial inclusion and environmentally sustainable economic development, including: