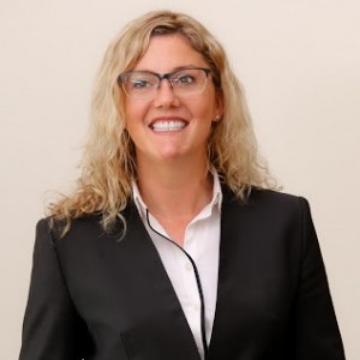 Tamsin is a social entrepreneur and venture catalyst who has been involved in the design and expansion of a string of high-social impact initiatives in Africa, the UK and Australia. She is a regular commentator on the power of networks, social innovation and gender diversity.

As co-founder of The Boardroom Africa, Tamsin has developed the leading solution to bring more exceptional female talent into the boardroom through the creation of most extensive network of board-ready women on the continent. In addition to her social enterprise, she is regularly consulted by corporate leaders, investors and policymakers with a focus on turning transformative ideas into reality. She has been senior advisor to the leading innovator in last mile cellular and internet connectivity and the UK Government development finance institution, CDC Group, where she contributed to the launch and expansion of The Africa List. She also partnered with the V and A Waterfront to collaboratively co-found South Africa premier innovation and entrepreneurship hub, Workshop17, which is a hive for ideas and home to 250 entrepreneurs and a coding academy.

Tamsin’s career started as a political and policy advisor to the Premier of South Australia and her pathway hence has been driven by a personal commitment to make a difference. This led her to head the jobs and business legacy initiatives in support of the London 2012 Olympic Games and subsequently the expansion team for mothers2mothers Africa which is a leading organisation that helps women living with HIV to reduce transmission to their babies. These experiences inspired her to work with the inaugural Director of The Bertha Centre for Social Innovation and Entrepreneurship at the University of Cape Town to help build this renowned academic hub during its inception.

Tamsin holds an MBA from the Said Business School of the University of Oxford with a merit scholarship awarded by the Skoll Centre for Social Entrepreneurship.