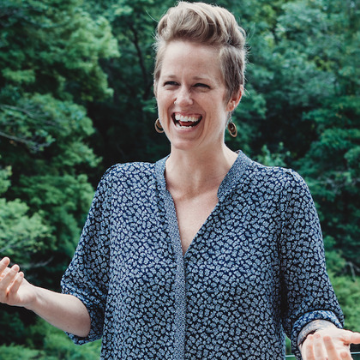 Prior to coming to Oxford, Sydney served as the Co-Founder and Executive Director of Kujali International, a US 501c3 non-profit that worked to expand educational opportunities for disadvantaged youth in East Africa. Under her leadership, Kujali co-founded and operated a free private boarding school for orphaned and vulnerable teens that featured youth-led enterprises in horticulture, poultry farming, solar energy, music, and the arts. She also led an Adventure Travel portfolio to help financially sustain school operations while engaging international stakeholders in cross-cultural learning and purposeful tourism in Tanzania.

Since completing her MBA, Sydney has returned to the U.S. to work in urban education. After several years at the School District of Philadelphia working to support new school model design and launch efforts, Sydney joined reDesign, a national educational design company working to reimagine what learning and teaching can be, particularly for those most marginalised by the current U.S. public education system. At reDesign, Sydney works with leaders at the school, district, and state level on initiatives involving school and system design, capacity-building, and knowledge codification. Sydney is a recent transplant to Lancaster, PA, where she lives with her wife and son, Lincoln.