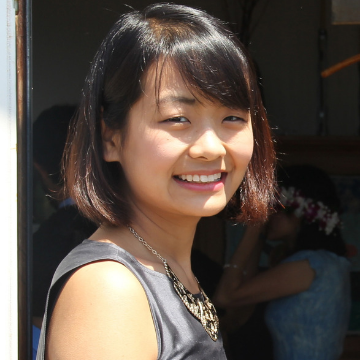 During her year at Oxford, Songqiao has consulted for projects on agriculture and private sector development in Sierra Leone, Zimbabwe and Ethiopia. After crowdfunding her expedition to Antarctica and starting an environmental education initiative, she joined 76 women scientist on the largest ever all female expedition to Antarctica as a faculty member in December 2016. Now Based in Beijing, Songqiao is starting an innovative environmental education company called WildBound and writing a book on nature-based experiential education.

Prior to the MBA, Songqiao gained her interdisciplinary and cross-cultural experience as a researcher, activist and entrepreneur working on global environmental sustainability issues such as food, water, and climate change. She started actively campaigning on environmental justice and climate change as a researcher and youth delegate at UN climate change conferences in 2010. She has facilitated multi-stakeholder dialogues and built partnership between China-US, China-EU and BASIC countries climate organisations. In 2012, she helped build the environmental NGO International Rivers’ China office and strengthened its program on river protection in China through extensive field research and policy publications. Her ethnographic research along the Nu/Salween river has won a National Geographic Global Explorer grant. As a social entrepreneur, she has co-founded a healthy food brand in Beijing. She has an Mphil in Geography from Cambridge under a Gates Cambridge Scholarship and graduated summa cum laude from Mount Holyoke College.