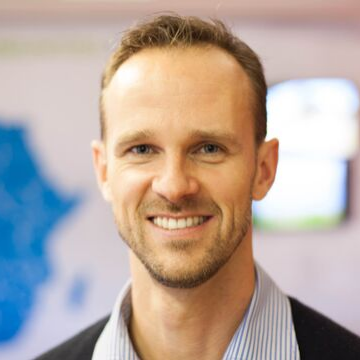 Mike is the co-founder and former Group CEO of Zoona, one of Africa's earliest fintech companies.

During his 10-year stint at the company that started with the first transaction in 2009, Zoona processed $2.5 billion of transactions, generated $26 million in income for 3,000 micro-entrepreneurs and their employees across Zambia and Malawi, and raised $35 million in investment. For his leadership, Mike was awarded the Accion 2017 Edward W. Claugus Award for Leadership and Innovation in Financial Inclusion and with one of the Schwab Foundation's 2018 Social Entrepreneurs of the Year.

Mike's entrepreneurial journey in Africa started as a volunteer in Ghana and Zambia with Engineers Without Borders Canada after graduating with a mechanical engineering degree from the University of British Columbia. As well as his Oxford MBA in 2007-08, he has also completed an LSE Master's in Development Management and a Harvard Leadership for Systems Change executive education certificate. He grew up in Calgary, Canada and now calls Cape Town, home.