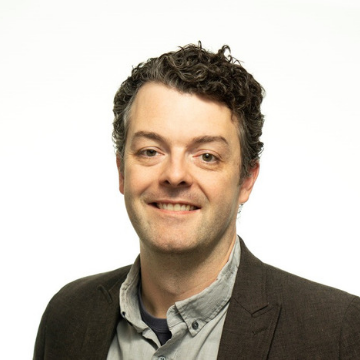 Kevin Duco Warner is an American entrepreneur operating at the intersection of food, agriculture, and the environment. Focused on the social impact of food, he has worked to develop market-driven solutions to climate change through the advancement of the local food movement.

Kevin has spent the past eight years growing his family’s food hub start-up, Fair Shares: an aggregator of local food that works with more than 90 local farmers and food producers to distribute sustainably produced food to families in Saint Louis, Missouri. In that time he has led various projects and initiatives that have contributed to sustained growth for the organisation, while putting more than 7 million dollars into the local food economy.

In addition to his work at Fair Shares, Kevin created a tortilla company, La Tortilla Buena, that used locally grown organic corn to produce tortillas for a market that included grocery stores, restaurants, and a school lunch programme.

Concurrent to his time spent in the business of food, Kevin has taken on leadership roles in his community and region. He served a three year term on the USDA’s Sustainable Agriculture Research and Education Administrative Council (SARE), representing agribusiness for the Midwestern United States. His role with SARE included setting agricultural policy for the region as well as making decisions on the review and funding of several hundred sustainable agriculture grants.

He also spent three years on the board of Slow Food Saint Louis, and one year as president of the organisation.

In recent years, Kevin has sat on the steering committee for the Saint Louis Food Policy Coalition, helping to guide efforts to decrease hunger and increase food access.

Kevin holds a Bachelor of Music degree in vocal performance from the University of North Carolina School of the Arts.