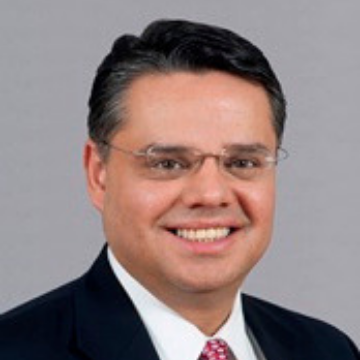 Before coming to Oxford, Henry held positions in the fields of social finance and economic development at the Global Exchange for Social Investment (GEXSI) in London, the United Nations Development Programme (UNDP) in San José, and the World Bank in Washington D.C. Prior to that, he obtained an MPA from Harvard’s Kennedy School of Government where he was a Fulbright Scholar. His earlier career was in public policy in his home country of Costa Rica where he served as Chief of Staff to the Minister of Agriculture and as a Legislative Advisor to the Vice President of the Legislative Assembly after obtaining a BA in Political Science from the University of Costa Rica.

Since completing his Oxford MBA as a Skoll Scholar, Henry held his first position in the private sector becoming an intrapreneur within Morgan Stanley where he focused on Emerging Markets and Microfinance Debt Investing and collaborated with the Bank’s Global Sustainable Finance efforts. This led him to focus his career in impact investing and he became the Head of Research of responsAbility Investments based in Paris.

In the fall of 2017, Henry engaged in a hybrid academic/advisory career to pursue a PhD at ESCP Europe as part of the Doctoral School of Management Pantheon-Sorbonne where he is involved in research around impact investing. In addition, he is an Associate Fellow at Oxford University’s Saïd Business School, where he actively collaborates with the Skoll Centre for Social Entrepreneurship, Executive Education and the Careers Development Centre. He is also a Senior Consultant to the World Bank/CGAP, leading a Blended Finance Research Initiative. In addition, he is an Executive Board Member and Chair of the Governance Committee of the Microfinance Information Exchange Inc. (MIX), a Trustee and Investment Committee member of the Wenner-Gren Foundation and a Board Member of Amigos of Costa Rica.