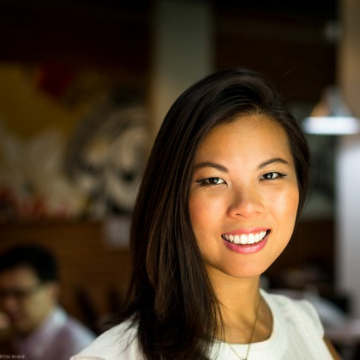 Grace is the Co-Founder and Co-CEO of Found8 (a merger between Found. and Collision 8), a reputable co-working community of entrepreneurs and corporate innovators. She and her team are often pioneering ways to build innovation ecosystems bottom-up; growing entrepreneurs through curated communities, spaces, funding, mentoring and access to corporates.

Before the MBA, she was the founder of Books for Hope, a social enterprise that brings literacy and libraries to remote villages across Indonesia. During the MBA, she joined the Skoll Foundation to work on the business model for the Skoll World Forum.

More recently, Grace is a Kauffman Fellow and leads Found. Ventures, a seed fund to invest in early stage tech companies. She is regarded as a node of entrepreneurship ecosystem in Asia and speaks widely on that topic. Interested in ecosystem building and policy development for startups and governments, she has been invited by the Prime Minister’s Offices in Singapore and Malaysia, Angela Merkel, Mayor Park, Prince Constantijn of the Netherlands, Hiroshi Mikitani of Rakuten, amongst others; to share her inputs. She also sits on the Advisory Board for Ben & Jerry’s Singapore, is an Entrepreneur-in-Residence at INSEAD and a TEDx Singapore speaker. She was also the founder of Books for Hope, a social enterprise in children’s education in Indonesia, where she lived for 3 years.

Grace has been nominated as Gen T by Singapore Tatler (2018), Great Women of our Times by Women’s Weekly (2017), 40 Under 40 by Prestige Singapore (2014) and is a UN Women Entrepreneurship Day Ambassador.

She now resides in Singapore and has an MBA from University of Oxford where she graduated with Distinction and was a Skoll Scholar (funded by Jeff Skoll, the co-founder of eBay). In 2017, she completed her second Masters in Coaching and Consulting for Change (Organizational Psychology) at INSEAD, also with a Distinction. Her thesis was on “A Rudimentary Framework on Startup-Driven Corporate Innovation using the Grounded Theory Methodology: A Psychodynamic Approach”. She speaks 6.5 languages.