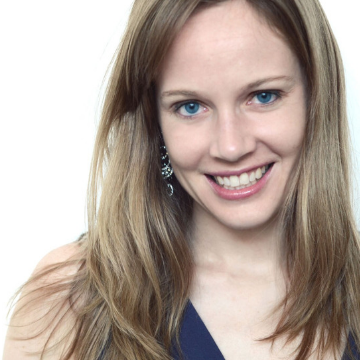 Claire Diaz-Ortiz is an author, speaker, and technology innovator who has been named one of the 100 Most Creative People in Business by Fast Company. Claire was an early employee at Twitter, Inc., where she spent five and a years leading social innovation.

In Claire’s time at Twitter, she was called everything from “The Woman Who Got the Pope on Twitter” (Wired) and “Twitter’s Pontiff Recruitment Chief” (The Washington Post) to a “Force for Good“ (Forbes) and “One of the Most Generous People in Social Media” (Fast Company).

Claire is the author of six books, including Twitter for Good: Change the World One Tweet at a Time, Greater Expectations: Succeed (and Stay Sane) in an On-Demand, All-Access, Always-On Age, and Hope Runs: An American Tourist, a Kenyan Boy, a Journey of Redemption.

She is a frequent international speaker on social media, business and innovation and has been invited to deliver keynotes and trainings at organizations like the Vatican, the US State Department, Verizon, South by Southwest, TEDX, and many others.

She writes a popular business blog at ClaireDiazOrtiz.com and serves as a LinkedIn Influencer, one of a select group of several hundred global leaders chosen to provide original content on the LinkedIn platform.

Claire holds an MBA from Oxford University, where she was a Skoll Foundation Scholar for Social Entrepreneurship, and has a B.A. and an M.A. in Anthropology from Stanford University.

She is the co-founder of Hope Runs, a non-profit organization operating in AIDS orphanages in Kenya.

She has appeared widely in major television and print news sources such as CNN, BBC, Time, Newsweek, The New York Times, Good Morning America, The Today Show, The Washington Post, Fortune, Forbes, Fast Company, and many others.

Read more about her at www.ClaireDiazOrtiz.com or via @claire on Twitter.