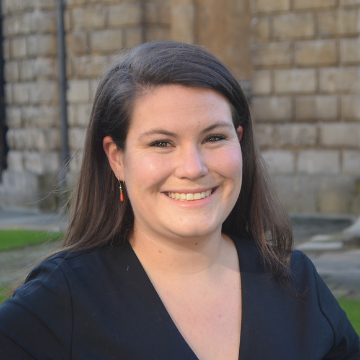 Ashley’s career has focused on designing clean water and energy technologies to improve the lives of Africa’s marginalised communities. She spent seven years working in East and Southern Africa designing, manufacturing and selling products for bottom-of-the-pyramid customers. During this time she has developed and sold over 200,000 products, providing clean water and energy to over 2 million people in 7 different countries.

Ashley began her career in Ethiopia, working with International Development Enterprises (iDE) designing irrigation systems, and establishing micro-enterprises for their manufacture and sale. Building on this project, Ashley moved to Kenya to work on safe drinking water systems, and was part of the founding management team of Evidence Action, an NGO focused on scaling evidence-based interventions. Ashley led Evidence Action’s Engineering team and designed a chlorine dispenser for treatment of drinking water in rural areas. Most recently, Ashley managed the development of two new solar home systems for M-KOPA solar, named by Fortune magazine as one of the 50 companies changing the world and Co-Founded by previous Skoll Scholar, Jesse Moore. She is currently working as a Product Manager for Remitly, a VC-backed financial services start-up enabling immigrants to sent remittances.

Ashley holds a Bachelor of Science in Mechanical Engineering from MIT, and has just completed her MSc in Water Science, Policy and Management at the University of Oxford.