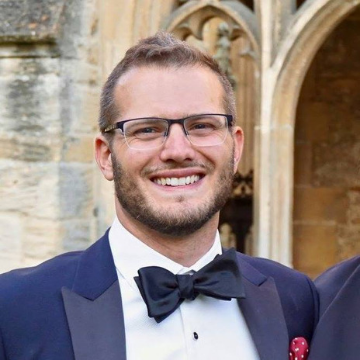 Aaron Bartnick has spent ten years advising government and business leaders at the intersection of politics, technology, and international affairs. He is currently a senior associate at Macro Advisory Partners (MAP), where he advises organizations on a range of global issues.

Before joining MAP, he served in several senior leadership roles for Congressman Seth Moulton, including as digital director on his presidential campaign. He previously founded the American University of Iraq - Sulaimani's Entrepreneurship Initiative and served as a nonprofit executive.

In addition to his MBA from Oxford, Aaron holds a Masters in Public Administration from Harvard Kennedy School and an AB with honors from Brown University.