My journey from Sydney to Oxford

My journey from Sydney to Oxford

Rangan Srikhanta is a 2019-20 Skoll Scholar and MBA. He is dedicated to equal and fair education for all as a catalyst for future progression and access to opportunities for the world’s most marginalised communities. Rangan shares the story of how this came to be his passion and how he ended up at the University of Oxford doing his MBA.

My journey to Oxford isn’t a typical one, but then again – as I soon found out, no one’s is!

Born in Jaffna, Sri Lanka, my family and I fled a civil war that would change the lives of millions of people. Arriving in Australia, it took me many years to realise that social disadvantage transcends nations and disproportionately affects minorities.

Many government policies when combined with externalities, in whatever their form, first manifest as minor differences in education and health in early childhood, but snowball into much wider social divides later in life (lower life expectancy, lower employment opportunities and so on). Layer in the rapidly changing landscape, thanks to technology – a fast forming digital divide, would also become synonymous with an opportunity divide.

As fate would have it, in 2005, I found an opportunity to do something to contribute to improving access to educational opportunities for thousands of children by closing the digital divide. One laptop per Child (OLPC), was a partnership among businesses, NGOs, and governments to produce the world’s least expensive laptop and to distribute that device to children all around the world. I was intrigued by OLPC’s vision of bringing those sectors together to solve social problems. I was equally impressed by the low-cost laptop that OLPC proposed to create. 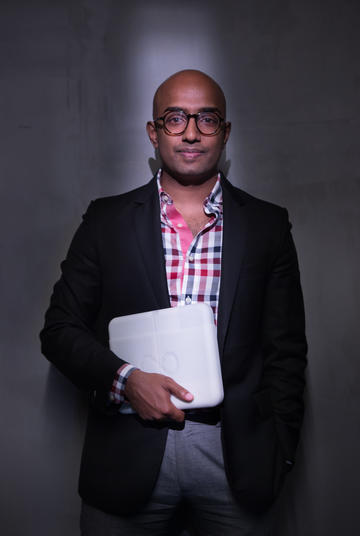 The device, which came to be called the XO, would cost just $100 a piece to manufacture, had free and open software, ultra-low power usage, a sunlight-readable screen and be field repairable.

Inspired on so many levels, I chose action over theory, opting to make numerous late-night phone calls to MIT to figure out what we could do to bring the project to Australia. Armed with what would be my greatest asset, my child like naivety on how these projects came in to being, I set upon a journey that would not only improve educational opportunities for thousands of primary school children but also change my entire trajectory in life.

Whilst our early days were focused on advocacy, it wasn’t until after our volunteer group formalised into One Laptop per Child Australia that I realised that the OLPC initiative needed a re-think to some of its core principles.

After delivering computers to many remote communities, it was clear that flying in, dropping off computers for free and then leaving was not sustainable and would undermine our ability to improve access and usage.

A major challenge facing remote schools in Australia is the tenure of teachers. On average teachers last 8 months. Any model that required face-to-face training was not scalable, would only serve to build a dependency relationship on our organisation, and do little to build local capacity to overcome teacher turnover.

In fact, we found there were many dependencies on suppliers (by design) that resulted in schools being forced to come back for repairs, support etc. This was a market failure that increased the cost of technology and reduced access to those that needed it most.

After evolving our programme over 10 years, raising just under $30 million to train over 2,000 teachers and deliver over 70,000 computers, it became clear that I needed time and space to reflect on my journey into the future.

Truth be told, after the management rollercoaster I’d been through over the past decade, I wasn’t convinced I needed an MBA. But to classify Oxford’s MBA with its deep connection to the Skoll Centre as ‘just another MBA’ is a career limiting move for anyone who wants to lead an organisation deep into the 21st Century. It forms the reason why I wanted to come here – this MBA, is a place to consider how externalities need to be core business for all executives.

One thing I didn’t anticipate was how the power of such a resilient institution like Oxford could be a catalyst for my own change. In my short time on campus, not only have I been able to reflect on why I came here, but have also started to reflect on where I will be going.

Find out more about Rangan