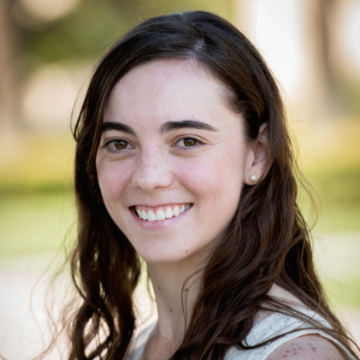 Macarena has been dedicated to economic opportunity and prosperity for Mexico’s deprived communities since 2011. She joined the founding team of Guadalajara’s social enterprise, Prospera. As Prospera’s COO, she participated in the training of around 8,000 poor women and helped them become successful micro-entrepreneurs, whilst increasing women’s incomes eight times and helping them reach their full potential. Under her leadership, Prospera became listed as an Endeavor entrepreneur, Ashoka, Unreasonable, and GSBI Fellows. Also in 2013, Prospera was recognised as the best social enterprise in Mexico by the Swiss bank UBS.

In 2016, while she was studying her MBA at Saïd Business School, she co-founded Language Amigo with the goal to create opportunities for young people in Latin America by embracing their talents and helping them to reach their full potential.

Language Amigo is an online platform that uses video calls to connect “Language Learners”, who want to practice conversational Spanish, with native speaking “Amigos”, who wish to gain flexible income opportunities. Language Amigo is offered to universities that already teach Spanish and integrated into their curriculum to enhance the fluency and cultural experience of their Spanish language students (Learners). Learners and Amigos from different cultures and socioeconomic backgrounds are able to interact and see the world from the perspectives of those they may never otherwise meet.

Since September 2018, in addition to Language Amigo, Macarena is part of Grupo Akron Strategic Planning team. Grupo Akron is a group of companies in the energy industry that was created after the Mexican Energy Reform. It is the first Mexican company with business units along the midstream and downstream value chain.